This post may contain affiliate links. That means if you click and buy, I may receive a small commission (at zero cost to you). Please see my full disclosure policy for details.

If you have teens in your family, you owe it to yourself and them to schedule a trip to Chicago soon.  There are so many fun things to do in Chicago. It’s one of the most popular cities in America to visit, especially for families. There is so much to see and do within Chicago’s city limits that it’s hard to narrow it down, but we created a list of our family’s favorite places within Chicago. Here’s our list of 14 things to do in Chicago with teens. 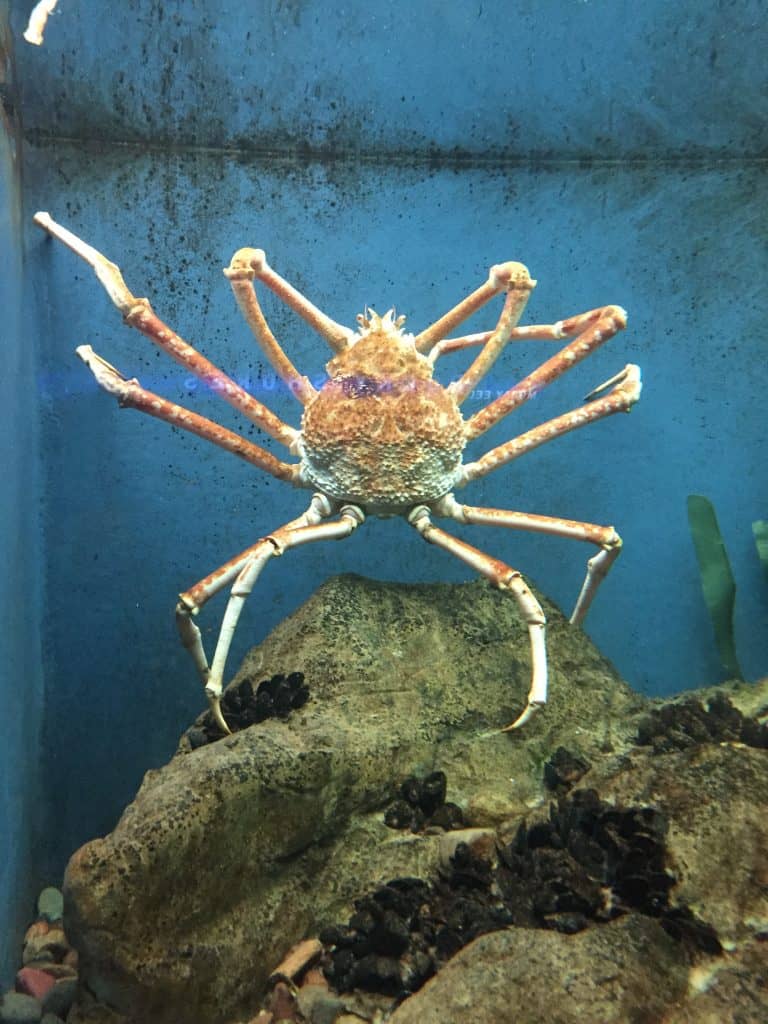 You can’t go wrong with donuts, and Chicago has a rich donut tradition. Stan’s Donuts is one of the best. This historic donut shop started in Los Angeles, California in 1963 and after a partnership with Chicago’s Labriola Baking Company, Stan’s made its way to Chicago in 2014.  Tons of flavors from the standard glazed to the insane Dreamsicle Bar. With locations all over Chicago, Stan’s Donuts is always close enough to warrant a stop.

You can’t go to Chicago and not get deep dish Pizza. I know that deciding who has the best deep dish pizza is a hotly debated topic among Chicagoans and visitors alike. Giordano’s made our list over others simply because it’s the only one we have tried during our Chicago adventures so far. However, the spot is well deserved. The pizza is out of this world, the atmosphere is electric, and the cheese pull will blow your mind! Because we plan on traveling to Chicago often, we will get to all the other pizza shops in Chicago soon enough. 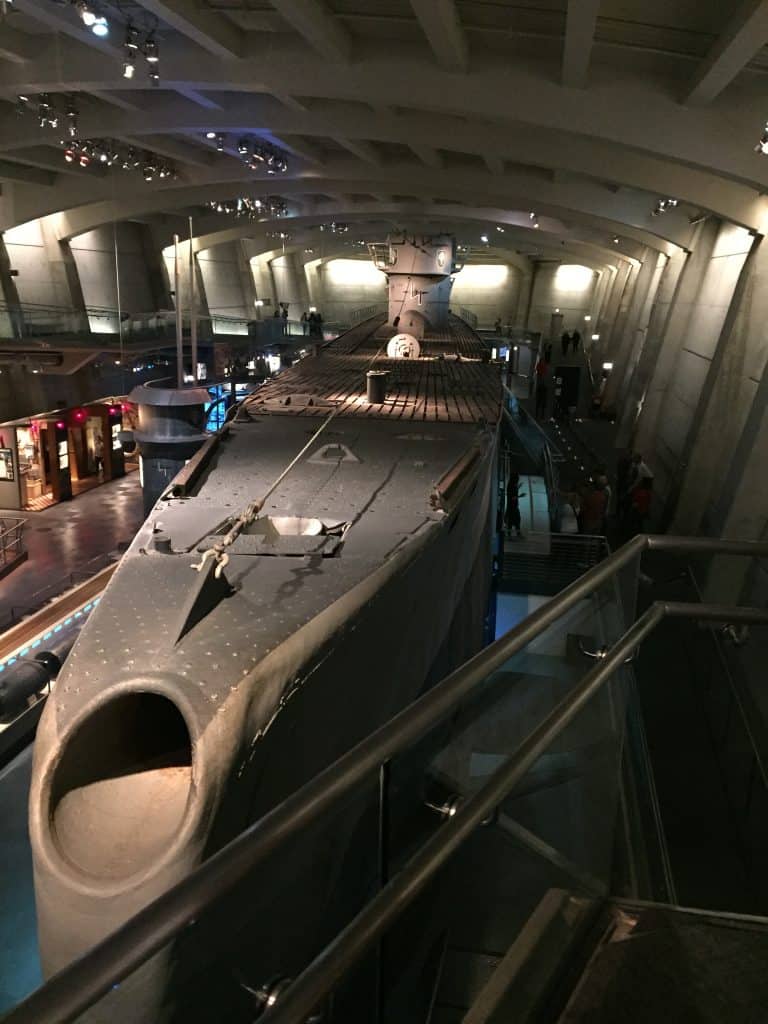 Located on the 360 Chicago Observation Deck in the John Hancock Building, Tilt provides a little more thrill than the normal observation deck experience. Basically, you lean up against a glass wall and then the wall tilts out 30 degrees, giving you one of the best views in Chicago at over 1000 feet high. The most terrifying part is the fact that the operator only tilts you out 10 degrees to start, stops you for a second, and then keeps going. You can feel your whole body tense up as you hit that sudden stop. If you and your teens aren’t up to the challenge, it’s just as fun to watch other people freak out. However you choose to experience the observation deck, the spectacular views of Chicago is well worth the elevator trip up 94 floors. 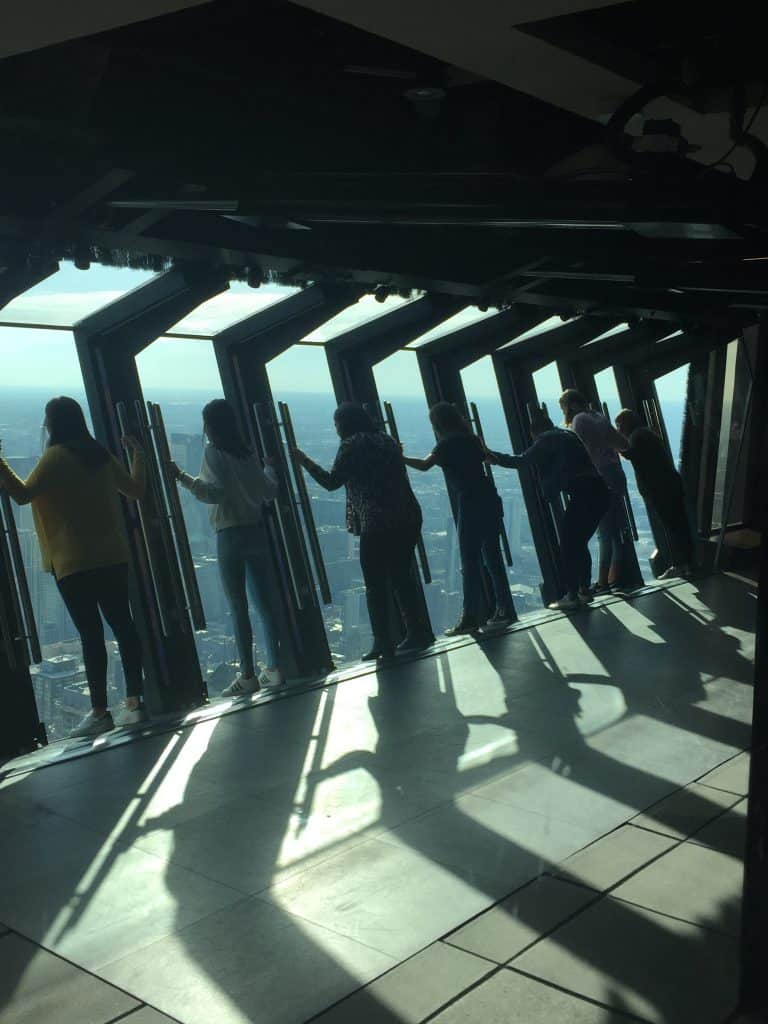 Navy Pier is probably the most popular tourist destination in Chicago. With its location along the Lake Michigan shore, Navy Pier combines amusement rides, a museum, restaurants, shopping, dinner cruises, gardens, and more for one of the most unique spots within the city. Navy Pier is home to Centennial Wheel, a huge ferris wheel standing over 200 feet tall. Centennial Wheel is open all year (weather permitting) and offers unbelievable views of Chicago.

Willis Tower, formerly Sears Tower, is a 110-story building right in the heart of Chicago. It was the tallest building in the world until 1998. Now it is 8th highest in the world and the tallest in the Western Hemisphere. The SkyDeck, however, is what sets Willis Tower apart from other tall buildings. The Skydeck is an observation deck located on the 103rd floor of Willis Tower. You can see four states from the SkyDeck. You can also see straight down 1,353 feet, thanks to what they call “The Ledge”. The Ledge is made up of glass boxes that extend out from the SkyDeck over 4 feet. The floor is glass as well, which provides you with one of the scariest moments of your life if you dare look down. They say the glass is

Its real name is Cloud Gate, but it’s more affectionately known as The Bean. Cloud Gate was created by British artist Anish Kapoor. There’s nothing like it, and you haven’t truly visited Chicago if you haven’t taken a selfie in front of the Bean. The rest of Millennium Park is worth the visit as well, but it’s hard to compete with a 110-ton sculpture that looks like it’s from another world. 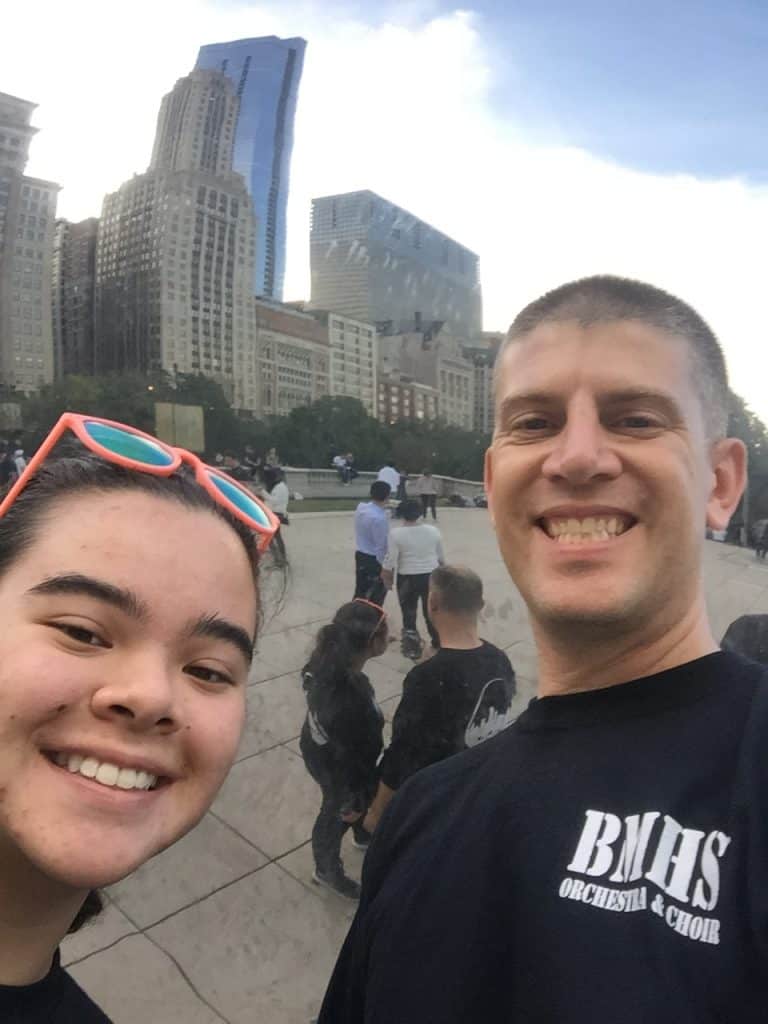 Known for their Chicago-style hot dogs and their Italian beef, Portillo’s is a fast-casual style restaurant with locations all over the city and beyond. What started as a simple hot dog stand in the cities has turned into a franchise that was sold for 1 billion dollars in 2014. Chicagoans take their hot dogs and Italian beef very seriously, and while there are many other great places in town, Portillo’s makes our list. Just make sure you don’t put ketchup on your hot dog.

Millennium Park and Cloud Gate get all the love, but Maggie Daley Park is well worth the short walk on the pedestrian bridge that connects the two parks. Honestly, it wasn’t until my second trip to Millennium Park that I ventured far enough over to spot Maggie Daley Park. I can’t believe I missed it, seeing that it is a 20-acre park filled with climbing walls, mini-golf, playgrounds, tennis courts, huge gardens, and an ice skating ribbon.

Running along the south bank of the Chicago River, the Riverwalk is one of the hippest spots in Chicago. The Riverwalk is over a mile long and filled with restaurants, beautiful scenery, artwork, and walkways, and even features a museum. There is plenty of activity along the river too, with kayaking, fishing, boat tours, bike rentals, and more. Teens will love all the options in this wondering scenic area of the Windy City.

Know other great places to see, things to do, and places to eat in Chicago with teens? Let us know in the comments below. 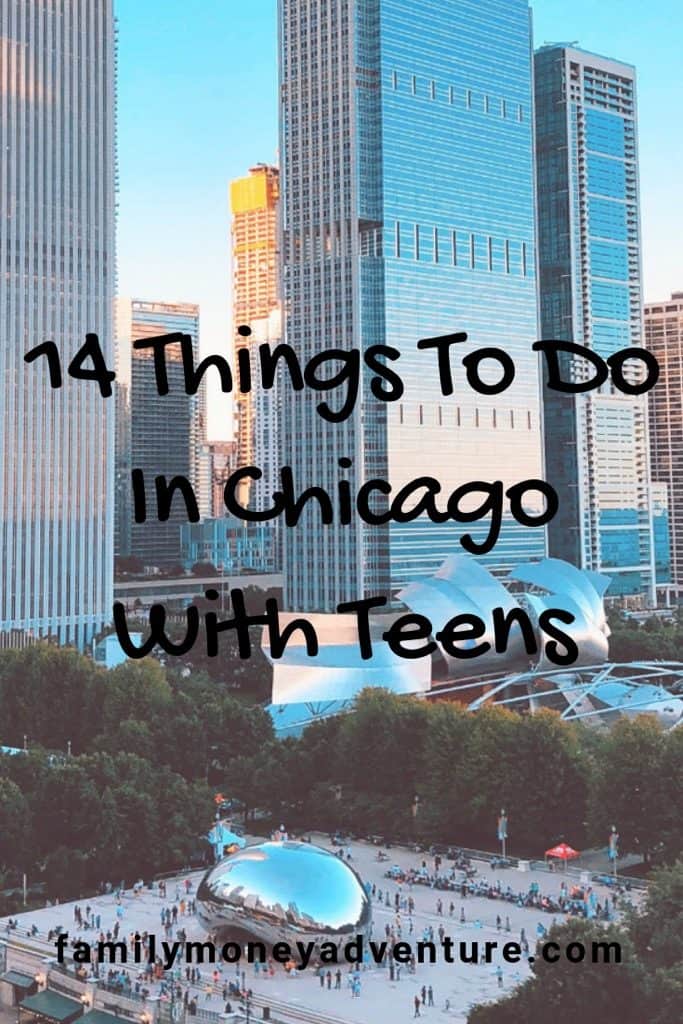 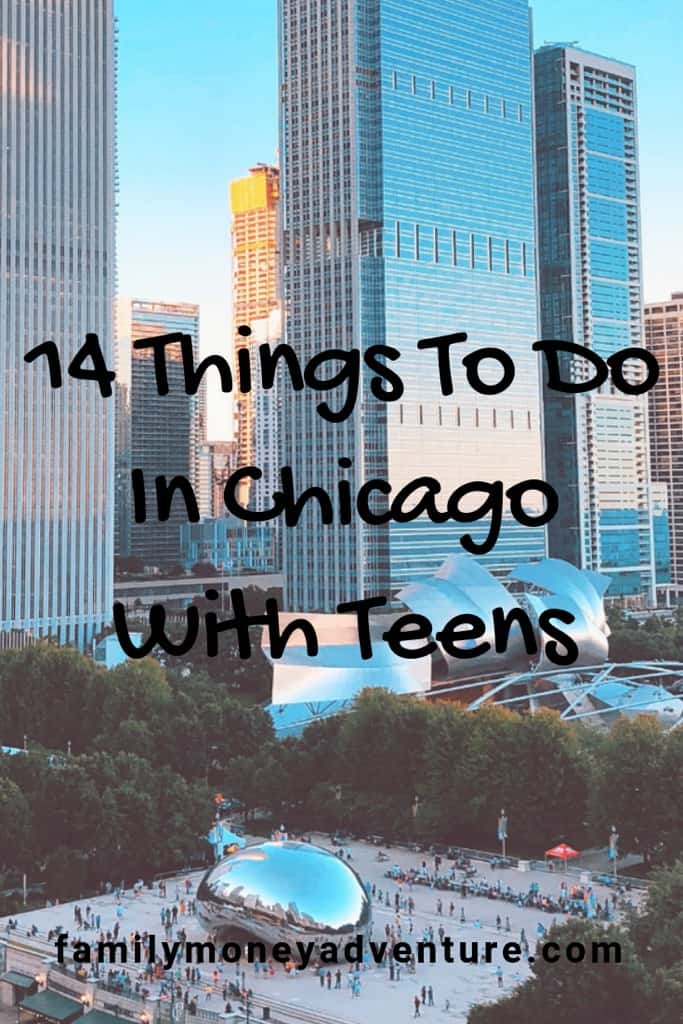 3 thoughts on “Things To Do in Chicago with Teens”