How I Survived New York City With Two Teenagers

A trip to New York City can be a daunting task. Even more so when it is just you and two teenagers, with two very different personalities. It began when my husband surprised the three of us last Christmas with plane tickets, hotel reservations, and Broadway tickets. My first thought was “Holy Crap!” It is just me with these two in one of the biggest cities in the world. However, I did survive!  Our trip to New York City was both adventurous and taxing. I ended up being sick for the trip so that didn’t help. We took some steps to help us navigate NYC, see as much as we could during our adventure, and save some money along the way. Here’s what we did:

Even though my husband took care of the “big stuff”, we needed a plan for when we arrived. I sat down with the kids and listed all the places we wanted to see in order of importance. Our list basically the entire city, but we were able to narrow it down. Then we tentatively scheduled each day with our choices. We didn’t know how it would really work until we were there, but hey, we had a plan! My wonderful husband had a lot to do with this. He is the master planner and researcher of everything. Me, not so much!

We stayed at the Doubletree Hotel New York Times Square South. Most hotel rooms in New York City are very expensive and aren’t very roomy. Our hotel was more than acceptable for a few days in the city with two teenagers. Our hotel had a restaurant, but we chose to explore the local area for other dining choices. You really don’t spend much time in your hotel room when visiting New York City so honestly, as long as it was clean, our room didn’t matter too much to us.

We bought tickets ahead of time for most of the major attractions we wanted to see. This included the Ellis Island & Staten Island Ferry. Purchasing tickets in advance gives you a place and time to be in line already. No waiting and running the risk of not getting a spot. We also booked our transportation to and from the airport beforehand. The company we went thru had great, courteous drivers with clean cars.

The day came to leave. The kids were excited. I was anxious. We got thru the airport with no issues and found our ride with no problem. We got in the car and headed into New York City!

I have been to NYC before a few times. The city streets run in a grid pattern. I was trying to teach the kids about how New York City’s grid worked. They told me just to pull out my phone and navigate that way. What did we ever do without smartphones?! I ended up handing navigation duties over to them for most of our trip. They had to work together to get us to where we needed to go and they did a really good job of it. There were several times during our trip where they made fun of me for not knowing how to use the “compass” on the maps.

While New York City provides limitless entertainment and educational opportunities, we chose to knock out some of the bigger tourist attractions since this was their first trip to NYC. Some of the places we visited included: 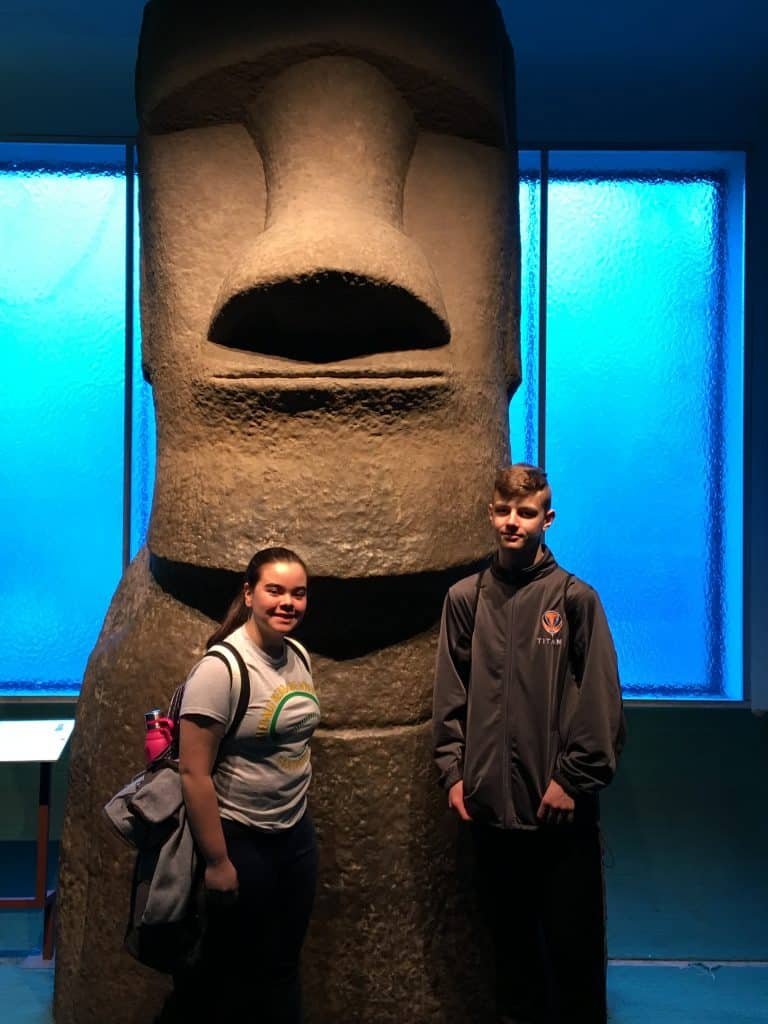 We are fans of the “Night at the Museum” movies, which features the American Museum of Natural History. There is a self-guided tour you can take, which was what we chose. As far as admission, you only pay what you want. The prices listed are just suggested donations.

Times Square is always packed, which makes sense. Where else can you see the bright lights of NYC, meet the Naked Cowboy (and Cowgirl), experience the atmosphere, and shop at places like the M&M store, Hershey Store, and NBA Store? (At least that’s where my teens wanted to shop). 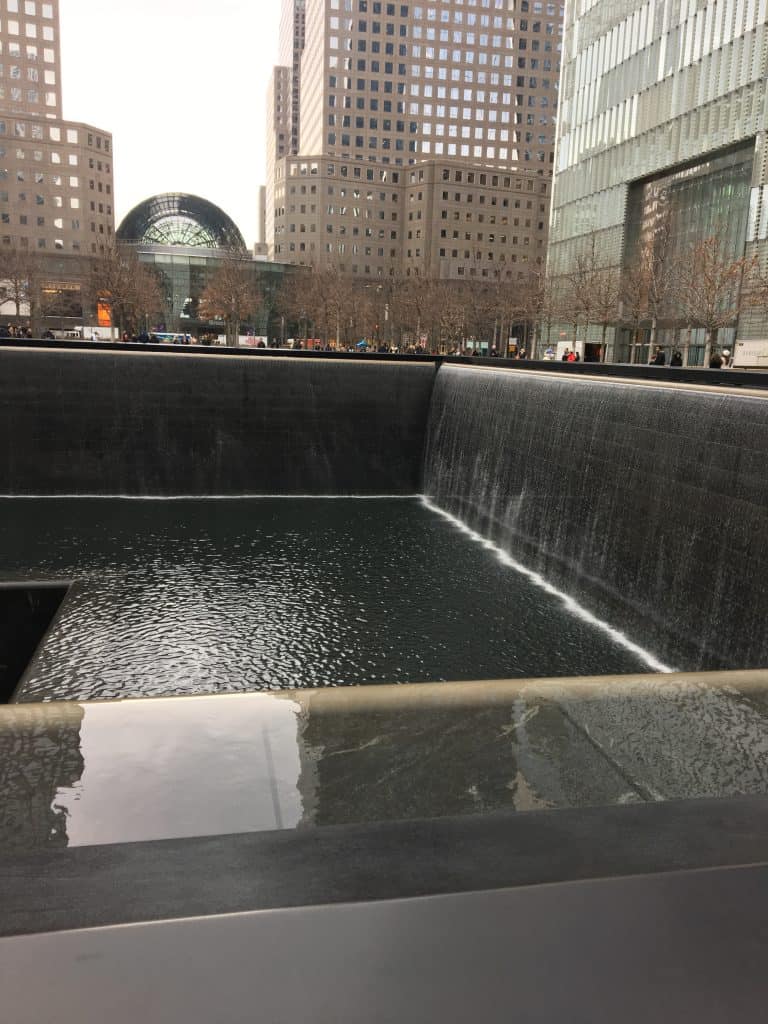 This was such a nice place to reflect on a sad day in our Nation’s history. It was very somber and a beautiful place to remember. It was a great history lesson for the kids to see in person, not just in a book.

This is a must see. They have expanded their museum since the last time I was there. My kids thoroughly enjoyed learning about the immigrants and how they came to America. 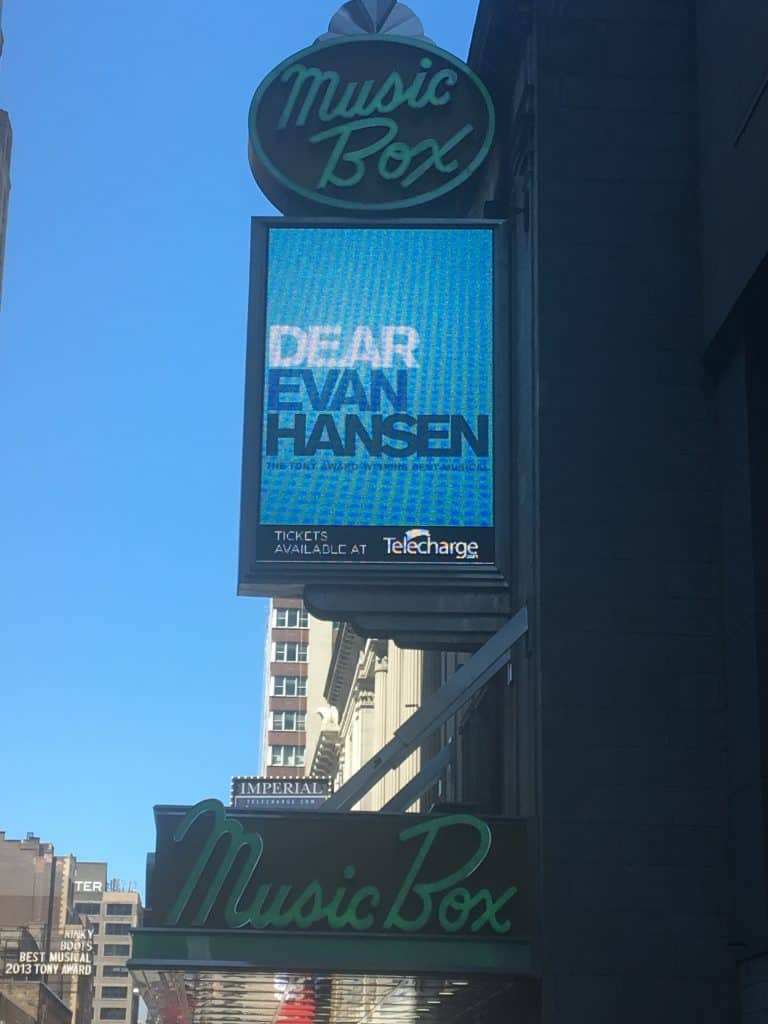 When in NYC, a Broadway musical or play is a must! We saw “Dear Evan Hansen.” At first, I didn’t know what to think. The daughter knew all about it. To my surprise it was great! Even the boy liked it!

New York City is full of architectural masterpieces. The New York City Public Library is one of them. Also known as the Stephen A. Schwarzman Building, it is the second largest public library in the United States. We didn’t have time to do it ourselves, but I’ve heard the walking tour is a great way to see all of the historical manuscripts and interior design details of the NYC landmark.

Places to Eat in NYC

Beyond the sites & sounds of The Big Apple, we also needed to eat during our trip. Our hotel provided us with slim breakfast options, but we found other spots to keep us fueled for our long days. In all honesty, we aren’t very adventurous when it comes to food. It didn’t help that I was sick and nothing really sounded good. We found a few places that we loved that other families will find enjoyable as well. 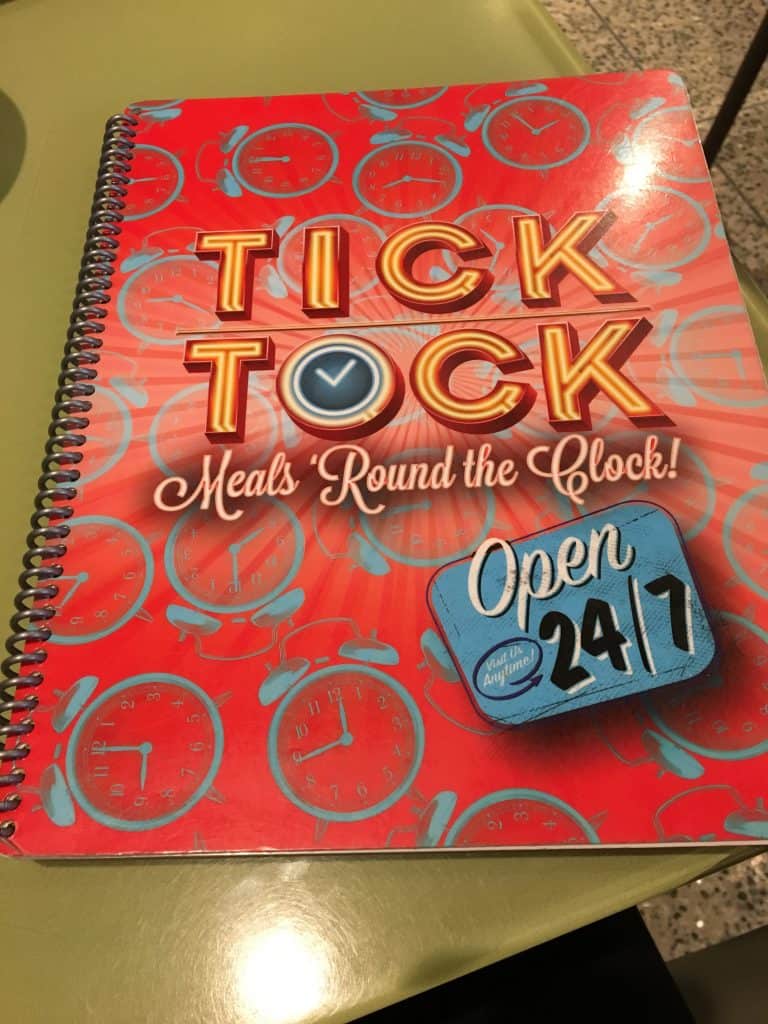 Tick Tock Diner is a great diner we found about a block from our hotel. It felt like we walked into a diner from the 1970s. The menu had something for everyone and all of it was great. They had very reasonable prices for being in NYC.  It was right by a subway exit so people watching while we ate was a must!

Obviously, the Hard Rock Cafe is touristy and not exclusive to NYC, but we’ve been to so many of them around the country that it didn’t make sense to skip it this trip. Great food as always. 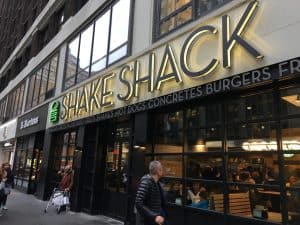 This was our first experience seeing as we didn’t have one in Cleveland at that time. Great burgers and fries! While they have other things on their menu, we wanted to try the burgers. My son is obsessed with burgers. He has a running list in his head of his favorite burgers ever.

Despite being under the weather, I really enjoyed spending time with 2 of our children in a place I love to explore. They enjoyed the trip as well and even bonded with each other a little bit. If your family has never been to New York City before, you owe it to yourself to plan a trip there. New York City offers endless adventures for your family’s next trip.

What are your favorite things to see and do in New York City? Let us know in the comments below! 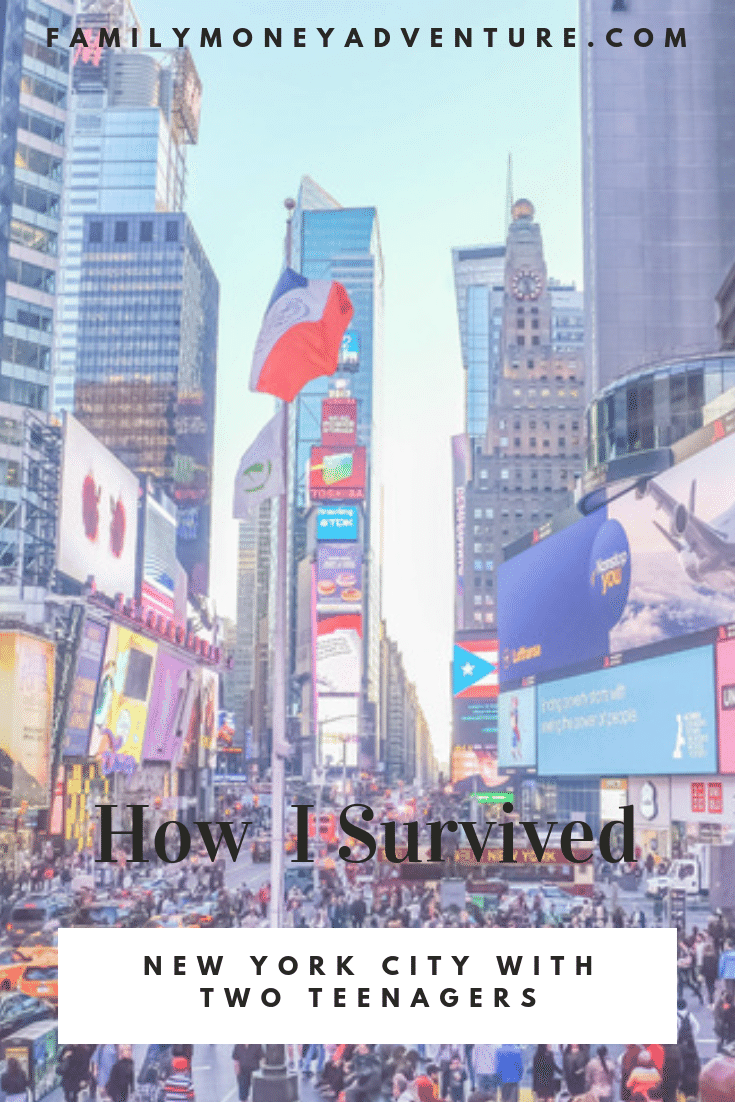 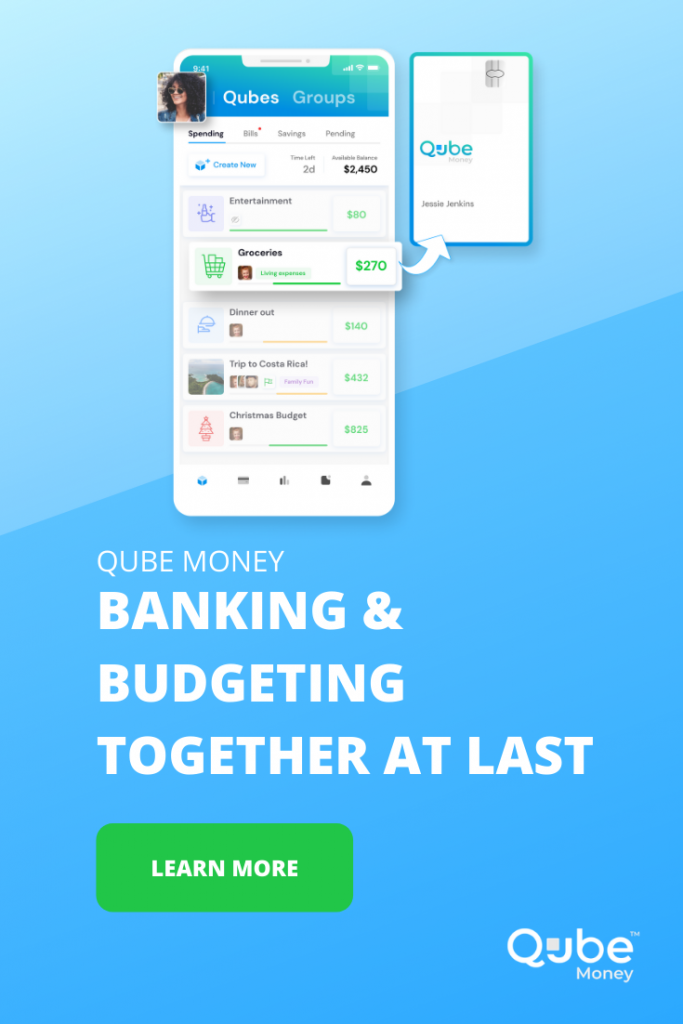